Why do technologists blog... 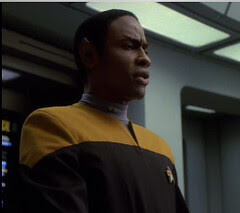 tuvock.png
Originally uploaded by awasim.
Its to see the expression (similar to the one in the picture) of their non-tech friends when they read their posts. Which to the friend might resemble the quote below:

"We've got another particle wake.. since we can't get plasma directly from the eddies maybe we can collect some from their wakes."

(Spoken by the Character "Commander Chiqutai" on StarTrek Voyager Season 3 Episode 22 "Real Life" around 18 minutes into the show)
at November 27, 2006